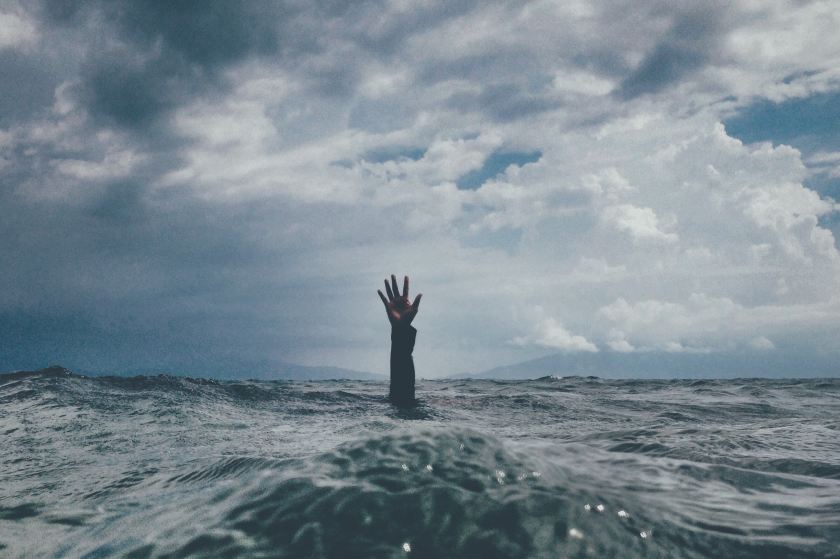 In recent years we have seen an unprecedented rise in the suicide rates within our country.  Not only are people taking their own lives in alarming numbers but we are also seeing a shocking number of disturbed individuals either shooting up classrooms full of children or getting into a vehicle and then driving through a crowd of people.

Sometimes their reasoning, though deranged and sick, can be figured out.  But some, like the 64 year old Vegas shooter, still continues to baffle the experts as to why he killed fifty-eight people and wounded 851.  The National Alliance on Mental Illness has found that in more than half of all suicides there could not be found any known mental health condition that could be attributed for the person taking their life.  Though society struggles to find a logical explanation for this behavior, the Church needs to step forward and address this problem within the context of a Biblical worldview.

I listened as Robin Williams described to an interviewer his battle to beat depression even after giving up alcohol. “The demons are still there,” he said, “The little voice is saying, ‘You’re garbage, you’re nothing, you hear me, yeah’…he’s still there, believe me”.

Kate Spade’s husband is quoted as saying this after his wife’s suicide, “There were personal demons she was battling and in the end her inner demons eventually won.”

Then we have the latest suicide victim, American chef, author, and television personality Anthony Bourdain, who’s close friend summed up his suicide this way, “His dark side was ‘always there’. The dark side that drove him to heroin, those demons are never fully banished, they’re just controlled.  But he still had them.”

Did Robin Williams grow so despondent by the unrelenting barrage of lies that the demons were whispering, that one day he finally had enough and decided to permanently put an end to it?  Was Kate Spade so worn down from her battle with her ‘personal demons’ that she finally gave in and let them win?  Did Anthony Bourdain finally realize that he would never be rid of the demons that lived within his dark side and that he never had control of them, they always had control of him?

Are demons behind suicides and the gruesome murders of innocent bystanders?  Can a person, even a Christian be tormented by demonic spirits?  Is there a way we can put an end to the lies of the enemy and set the captives free from the control of the demonic?  Research suggests that high-profile suicides like those mentioned above can spur ‘suicide contagion,’ which is a recognized as a public-health issue.  In the months following actor Robin Williams’ highly publicized death by suicide in 2014, there was a 10% spike in suicides nationwide.  It was reported that Kate Spade had studied Robin Williams death numerous times before she took her own life and Anthony Bourdain was fixated on Kate Spade’s hanging death prior to his suicide.

In the past decade suicide rates have risen nearly 30 percent and has become the tenth leading cause of death in the United States.  Statistics show us that each year 1,125,000 people will attempt to take their own lives, but only one in twenty-five or 45,000 of them will succeed.  The most startling statistic is that baby boomers have the highest rate of suicide says Centers for Disease Control deputy director, Ileana Arias.  “There may be something about that group, and how they think about life issues and their life choices that may make a difference.”  The most pronounced increases were seen among men in their 50’s, whose numbers jumped by nearly 50 percent to close to 30 per 100,000.  Numbers for women increased in the ages of 60 to 64 to nearly 60 percent.

Even Christians can be overly cautious even to the point of being afraid of putting too much emphasis on the belief that a demon can actually inhabit a person or is capable of exerting a strong influence on them to do dark and sinister things.  Others may feel that talking about this is wrong and that it somehow gives satan power when we acknowledge that he and his hordes of demons are real.

A criminal defendant who has been found to have been legally insane when he or she committed a crime may then be found not guilty by reason of insanity. In some cases, the defendant may be found guilty but sentenced to a less severe punishment due to a mental impairment. In states that allow the insanity defense, defendants must prove to the court that they did not understand what they were doing, failed to know right from wrong, and acted on an uncontrollable impulse or some variety of these factors. May we say that one of the main attributes of demonic oppression is uncontrolled and compulsive behavior?

We do believe there are those who do suffer from a chemical imbalance which can be attributed to mental illness and emotional instability and that certain medications can be given to correct these imbalances.  It is our conviction that our first reaction and answer to illness whether it be a physical, mental or emotional impairment should first be to pray for healing in Jesus name and in His power and authority. We are made up of body, soul, and spirit and what affects one area will have an affect on the other areas of our being.  For instance it has been clinically proven that bitterness and unforgiveness are a major factor in many physical and emotional afflictions and once forgiveness is granted to the offender many are physically healed and report freedom within their emotional well-being that appeared to be impossible before.

I read a report the other day in the Catholic News where the Vatican reported that demonic possessions are on the rise in Italy.  This has led the Vatican to host a week-long training seminar to better prepare exorcist for ministry.  Father Benigno Palilla, an exorcist from Sicily told Vatican Radio that there are over 500,000 alleged cases of demonic possession or activity in Italy annually.  He said demonic possession claims have tripled in recent years and attributed the rise in demonic activity to an increase in practices that ‘open the door to the Devil’ through an increase use of tarot cards,  fortune tellers and occult activity.

This brings us to the recognition that we are all created for the supernatural as we are spiritual beings made to have relationship with our creator and Lord.  It is in intimacy with Him and in knowing that our identity is built on who we are in Him, that true peace, contentment, and the desires of our heart are fulfilled. There is no substitute that can fill this inborn heart desire; neither money, or sex, or fame or any drug or counterfeit spiritual experience can fill the void.  It is my observation that the enemy has brought a counterfeit to the spiritual gifts and experiences that God has given to us through the Holy Spirit.  Without the authentic manifestation of the Holy Spirit in our lives through our accepting Jesus as our Savior and Lord the door is left wide-open to the occult and dark experiences of the spiritual world.

We will end on this truth as above all things He is love and out of His love come our very reason for being. Romans 8:37-39 says, “Yet in all these things we are more than conquerors through Him who loved us. For I am persuaded that neither death nor life, nor angels nor principalities nor powers, nor things present nor things to come, nor height nor depth, nor any other created thing, shall be able to separate us from the love of God which is in Christ Jesus our Lord.”