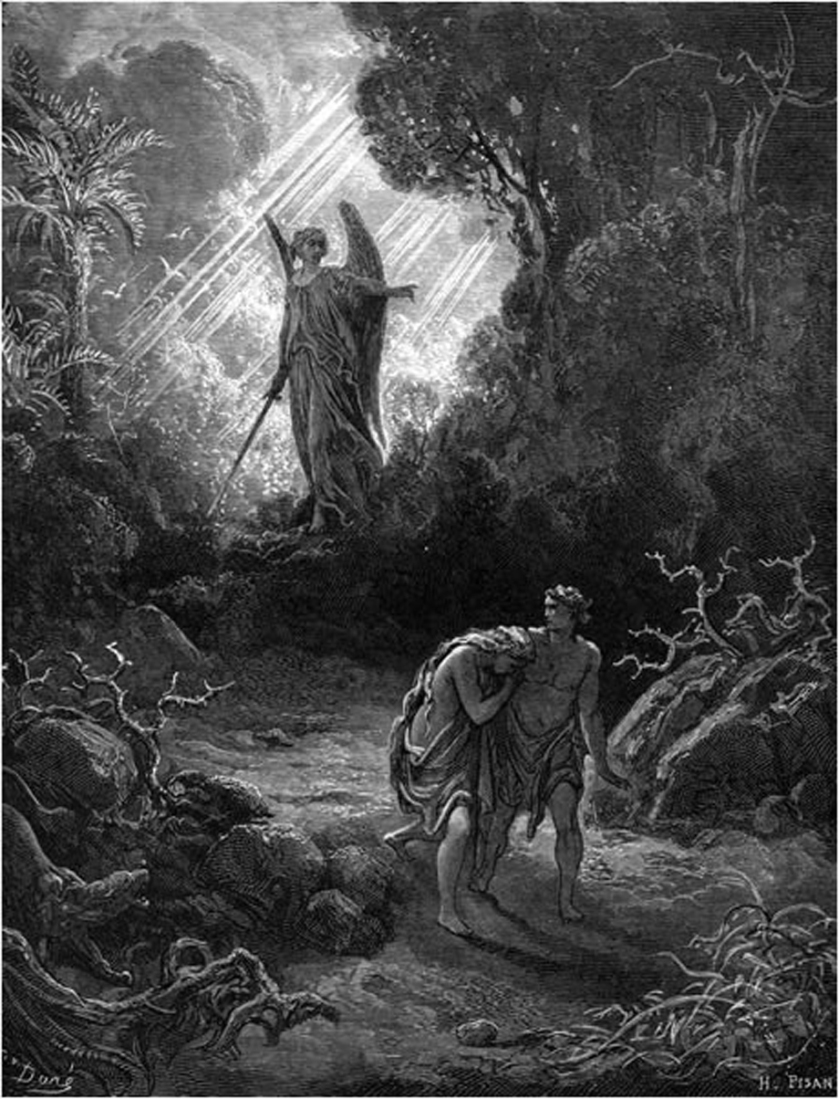 The Bible says that we battle not against flesh and blood but against principalities and powers, evil rulers in the unseen world.  In reality behind ISIS, pornography, drug and alcohol addictions, national and local governments, the entertainment industry or the refugee crises are principalities and demonic evil princes of darkness with huge numbers of wicked spirits.  It would be presumptuous of us to attribute many of the things that happen within our family, community, church, state, nation and world to just happenstance.

The earth has approximately 7.3 billion people that live on seven continents containing approximately 195 countries that comprise between 10,000 to 20,000 ethnic groups.  There are roughly 4,200 religions or ‘belief systems’ being practiced with Hinduism, Buddhism, Islam, New Age and Christianity being the top five.  Taking into account all these differing factors we still come to the reality that the Earth is comprised of only two kingdoms and these two kingdoms are at war with one another.

The question then is, what comprises these two kingdoms and are we fully behind one or is our allegiance divided between the two? In Matthew 12:25-28 Jesus states that there are two kingdoms, one that is led by satan and the other that belongs to God.  “Jesus knew their thoughts and said to them, “Every kingdom divided against itself will be ruined, and every city or household divided against itself will not stand.  If Satan drives out Satan, he is divided against himself. How then can his kingdom stand?  And if I drive out demons by Beelzebub, by whom do your people drive them out? So then, they will be your judges.  But if it is by the Spirit of God that I drive out demons, then the kingdom of God has come upon you.”

In Gen. 1:1, it says, “God created the heavens and the earth.”  the word heavens is plural meaning God created more than one heaven.  In 2 Cor. 12:2, Paul speaks of a man who “was caught up to the third heaven.’  Which gives us the understanding that there are at least three heavens.  In Eph. 4:9-10, Paul says “He who descended is the very one who ascended higher than all the heavens.”  In proper English usage you cannot use the word ’all’ unless you are speaking of at least three things.  When people speak of there being a seventh heaven they are referencing a teaching found only in the Koran.   The third heaven is where God’s presence is found.  The second heaven is where satan and his dominion dwell.  The first heaven is the visible heaven, where we reside.

This is the good news; God’s Kingdom is without a doubt more powerful!  Look again at Matthew 12:26-28 and make a mental note that if God’s disciples can drive out the demons that belong to ‘satan’s kingdom’ then it proves that the Kingdom of God is the stronger of the two. Throughout the entirety of scripture there is no doubt as to the victory we have through Jesus Christ! In saying this it is this clash between the two kingdoms where the invisible kingdoms become the most visible.

Here are FIVE additional truths that prove God’s Kingdom is more powerful.  First, God created all things. satan was created by God. (Ezekiel 28:13-15)  Second, God is omnipresent, in other words he is present at all times and at all places. satan is limited to only one place at a time. (Job 1:6-7).  Third, God knows everything, he is omniscient. satan is limited in what he knows. (Acts 19:15).  Fourth, God is all powerful or omnipotent. satan’s power is limited to what God has allowed. (Job 1:6-12)  Fifth, There is no beginning or end to God’s reign, He is eternal.  However, when Jesus returns, satan’s rule and reign will come to an end.  Knowing that all of the above is true it would be a mistake for us to say that satan is not a formidable force against those who belong to the Kingdom of God.  He becomes most formidable and has the right to demonically influence us when we compromise the word of God and deliberately choose to sin.

Who is satan?  His name originally was, Lucifer, before he was renamed satan and was a part of the angelic hosts.  But he was no ordinary angel, he was an arch-angel, meaning he had charge over other angels.  He led a rebellion along with a third of the angels in heaven whereas the arch-angel Michael, who is mightier than satan expelled them from Heaven.

His followers are comprised of spiritual beings and are discerned through our knowledge of scriptures.  The apostle Paul says in Ephesians 6:12, (NKJ), “ For we do not wrestle against flesh and blood, but against principalities, against powers, against the rulers of the darkness of this age, against spiritual hosts of wickedness in the heavenly places.”  Wrestling is without a doubt the most intimate and personally intense manner in which to wage warfare that an individual could be involved in.  It is important to note that further along in verses 13-17 Paul gives us instructions on how to put on the whole armor of God in preparation for this battle.

There are seven things we need to be aware of from the scripture above.  1. We are not fighting against people made of flesh and blood.  2.  We are fighting against beings without bodies.  3. These beings are evil rulers of the unseen world.  4. They are powerful satanic beings.  5. They are evil princes of darkness who rule this world.  6.  They have huge numbers of wicked spirits in the spirit world.  7.  And yes, we are involved in a very personal battle against a highly organized kingdom.

The demonic realms appear to be organized and deployed in much the same way as the Holy angels.  This is a highly organized kingdom in which there are levels of hierarchy and spiritual leadership, with rulers, and sub-rulers each having an area of authority.

Let’s take a few minutes and read Ezekiel 28:1-19 where you will find a very interesting discourse that lets us know how satan and his followers operate.  There are two main conversations that you need to be aware of.  The first is what our Lord says to the ‘ruler of Tyre’ who is a human and believes he is in control of his country.  The second is what the Lord says to the ‘king of Tyre’ who is not human but is either a demon or satan himself who has power over the ‘ruler of Tyre’.  From these accounts we learn that there are powerful satanic beings that control the actions of a human ruler, whether it be in a government, business, political party or even a church.  Here is the ruler of Tyre who believes he is all powerful but is oblivious to the fact that over him is an evil prince of darkness that is demonically influencing him in the decisions he makes.

We get another look at how satan operates from Daniel 10:1-13.  Here we see Daniel receiving a vision about a great war that is about to happen and he immediately seeks God through prayer and fasting.  However, after twenty-one days of continual prayer Daniel still had not received an answer to his prayer. This is when an angel comes to Daniel and tells him that since the first day that Daniel set his mind to seek God his words were heard and the angel was sent in response to them.  The Angel said that the reason it took twenty-one days was because the prince of the Persian kingdom, which was a fallen angel or satan, had resisted him.  Then the arch-angel Michael, who was mightier than the prince of the Persian kingdom was released and came and defeated him.  The key to Daniel’s success was that he ‘persevered in prayer’ till there was a breakthrough.  It wasn’t that the answer was not coming but that there was opposition to his prayers which is why we need to be aware that we should tarry or persevere till the answer to our prayers have broken through.  This is a key to understanding our responsibility as co-labors in the Kingdom of God.

So we can put this in perspective, Babylon, where Daniel was, is the present day country of Iraq and Tyre, where Ezekiel was, is now Lebanon. However the territory that the prince over the Persian kingdom is over includes a vast area containing the following countries, Iran, Iraq, Lebanon, Turkey, parts of Central Asia, Pakistan, Macedonia, much of the Black Sea coastal regions, Afghanistan, northern Saudi Arabia, Jordan, Israel, Syria, and all significant population centers of ancient Egypt as far west as Libya.  Satanic forces are strategically involved in the affairs of nations via ruling princes whom satan has positioned in control of specific territories throughout the world at the ‘invitation’ of mankind, who gives them rights through idolatry and sin.  Under these are sub-rulers and demons who oppose and attack believers, especially those who seek to be obedient to the will of God and who are moving forward under the anointing of the Holy Spirit.

In the next issue we will look further into how the battle rages to influence the hearts and minds of mankind. May we continue to abide in His presence and may the peace that transcends all understanding keep us under the shadow of His wings.

Much Love and Blessings in this amazing New Year!