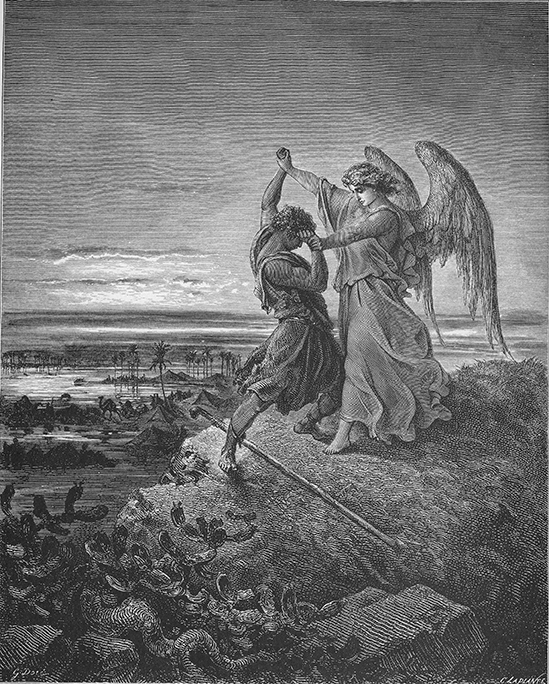 In last month’s newsletter we went over how satan, for the time being, reigns as ruler of this world.  Jesus refers to satan, (John 12:31) as the “ruler of this world” and later Paul states in (2 Cor. 4:4) that the “god of this world has blinded the minds of the unbelieving.”  We know from the scriptures that satan led a rebellion against God which resulted in himself along with a large number of angels to be forcibly removed from heaven.  After this satan, through deception, led Eve and ultimately Adam to rebel against God.  This allowed the dominion over creation that God had granted Adam to be given over to satan’s control.  This established satan’s kingdom as the god and ruler of this world.  Satan then directed the ‘fallen angels’ that were aligned with him, who had originally been trained by God and held various positions of angelic authority in the Kingdom of God, to take up equivalent positions within satan’s kingdom.

From our own personal experiences traveling around the world we have found that different countries and regions have spiritual climates that are noticeably different.  You can physically feel the spiritual change within you as you pass from one geographical place to another.  On a more local note, satan attempts to rule by placing evil rulers to exercise influence over schools, companies, organizations, local governments and even churches, etc. He then extends it to school districts, mega companies, organizations such as Shriners and secret societies such as Freemasonry, towns, cities, states and nations and continents along with religious institutions.

Satan can influence a person or an organization whether they are consciously or unconsciously aware of his involvement.  These demonic principalities will try to influence the lives of individuals and organizations in a particular area for satan’s own personal gain.  The depth of  commitment to either the Kingdom of God or the kingdom of satan will determine which one will have the greater influence.  An individual, or for instance a nation can say they are Christian but if they compromise the Biblical precepts that are in the word of God they will find themselves allowing satan to have a measure of influence over them.  When you compromise the word of God you are in reality doing a sinful act which provides an entry point through which satan can deploy his forces against you.  That is why it is so important that we understand and believe that what is written in the scriptures should always be followed. Hosea 4:6, NIV says, “my people are destroyed from lack of knowledge. “Because you have rejected knowledge, I also reject you as my priests; because you have ignored the law of your God, I also will ignore your children.”

For the most part people believe in both good and evil angels though they may not define them with those words.  An atheist may describe them as being extraterrestrials, the evolutionists  would describe them as being highly evolved beings and to those who are lonely they may appear as a relative speaking from the grave.  Be mindful that in each of the above scenarios we are dealing with demonic entities.  Whether it is eastern meditation, witchcraft, divination, scientology, conversing with mediums, psychic healing, astrology, etc. it is a ruse to take over people’s minds, spirits and bodies.

How We Give The Demonic Influence Over Us!

Many Christians do not understand the influence that a demonic principality can have on them and how that influence can lead them deeper into the bondage of sin.  It is important to understand that demons will attack all believers but those believers who are obedient to the will of God and who are moving forward under the anointing of the Holy Spirit are specifically targeted.  We are amazed at how few Christians have ever experienced ministering to someone who has demonically manifested before them.  Nothing changes your spiritual worldview faster than to have the person you are ministering to have their eyes roll back in their heads and begin speaking to you in a demonic voice or any of the many other demonic manifestations that may occur.  What we do and what others do to us can give demons the right to have influence affecting our lives. In the following paragraph we will look at how our personal choice to sin opens the door to demonic influence

We allow a demonic spirit a place of influence over us when we fail to follow God in holiness and truth.  Sin increases its hold over an individual in stages, the first being through experimentation.  This stage is often, an innocent involvement in an activity that you may or may not have considered as being wrong.  That is why understanding the scriptures are so important so that we will not fall victim to the many traps the enemy has laid to deceive humanity.  Left unchecked experimentation leads to the next stage, choice.  Now you are making a voluntary decision to continue in this behavior.  Over time you will find it has the power to become a habit.  A habit is an act that has become nearly or completely involuntary and left unchecked it will become a bondage.  Now stopping is very difficult, a person at this stage will say “I can stop at any time I just don’t want to do it now.”  Progressing to the place of being in bondage puts the person in servitude or under the control of a demonic entity.  This can easily progress on to become a demonic spirit of oppression.  This for Christians is the legal limit to the harassment of a demonic spirit.  You can tell when someone is oppressed because often their personalities will change when under the influence of whatever it is they are under bondage to.  For a non-Christian this is not the final stage, for them the final stage is possession, where the demonic spirit has total influence and control over every aspect of the individual as in the case of the Gadarenes demoniac described in the gospels. A person in the stages of bondage and oppression will find they go through periods where they seem to be in control however, they really are being led around like a puppet on a string.

It is vitally important that we as Christians realize that satan is real and that he is doing everything he can to destroy mankind.  First, he will attempt to keep you from accepting Jesus as your Lord and Savior and live under his deception and control. Second, that you will become totally discouraged and take your own life.  Third, if you do accept Jesus as your Savior, he will do everything he can to keep you from making Jesus your Lord and King.  Accepting Him as your Savior bestows the gift of eternal life, not allowing Him Lordship over your life will cause you to live a life that pales in comparison with the abundant life He promises through His word.

The good news is this; “His divine power has given us everything we need for life and godliness through our knowledge of him who called us by his own glory and goodness.  Through these he has given us his very great and precious promises, so that through them you may participate in the divine nature and escape the corruption in the world cause by evil desires.”  2 Peter 1:3-4  Now that is good news!