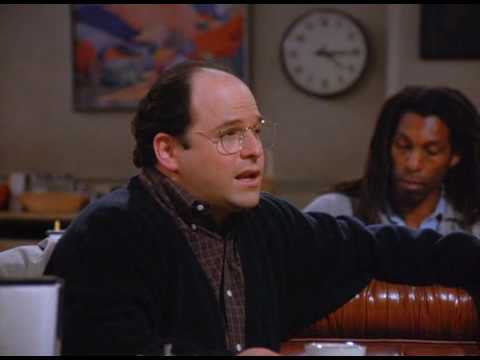 If we did a word search for a phrase that is currently featured prominently in our society I am sure that ‘Fake News’ would be somewhere close to the top of the list.  Fake News consist of people or organizations that spread information that they either believe to be accurate or know to be untrue because it fits in with their narrative.  How successful an erroneous story becomes is directly proportionate to what our ‘itching ears’ want to hear.  Only half the blame rests on the source, the other half must rest on our personal responsibility to search out the truth for ourselves.

I have more sympathy for those who in their zeal believe their source is accurate, even if it is a lie, than for those who deliberately spread misinformation for the sole purpose of misleading an individual or group of people.  The success of the latter is measured on how good they are at blending just enough of the truth along with just enough false information for us to ‘buy’ into their deception.  Put out enough fake news and it really does becomes difficult to differentiate between what is true and what isn’t.

You probably already knew this but Fake News isn’t a new phenomenon, it has been around since the beginning of time.  Remember years ago when we received our first chain letter in the mail encouraging us to forward it to at least ten of our friends.  They did this by listing the positive and negative things that happened to those who actually did or did not send it out.  No matter how unreasonable it may sound if it can promise us a financial or emotional reward we usually go for it.

The age of computers brought with it emails with instructions to ‘Forward-This-To-Everyone-On-Your-List.’  It wasn’t long before I began receiving emails from people who I never heard of, who had millions of dollars that they wanted to share with me.  I always wondered how gullible you had to be to actually believe those stories but then when you send them out to millions of people via the internet there is always some confused individual that is taken in.  Even Ponzi schemes are very successful in their ability to deceive even highly intelligent people.  I use the term ‘highly intelligent’ because it helps me feel better about my own losses from Ponzi schemes.

Mankind has a tendency to be so susceptible to the phony claims made by  these ‘snake oil salesmen’ that no matter how absurd they sound we still seem to swallow them hook, line and sinker without first checking them out?  Why? (Insert your best Nancy Karrigan ‘Why’ scream!)  Because we want to believe the fairy tale story, so we purchase the seeds in hope that they will grow into a gigantic bean stalk that will lead us to the conclusion we desire. After all, where can we go these days, to check out to see if something is true or not.  Hopefully not Wikipedia, Facebook, Twitter or twenty-four hour News.  “Thank goodness!” I say, (tongue-n-cheek) that we now have AI (artificial intelligence) like Siri or Alexa sitting on the counter instead of the old antiquated ‘mirror, mirror, on the wall’ to find out what is true or false.

Which leads me to the title for this newsletter, which came from the TV sitcom ‘Seinfeld’.  This line seems to capture the heart of fake news and comes from a comment that George Costanza made to his friend Jerry.  George said, “Jerry, just remember, it’s not a lie if you believe it.”  Let me say this, right now, if you think that what George is saying makes sense to you, I have some magic bean seeds available for you to purchase.  The problem with fake news is that not all of it is fake.  Unfortunately we have the tendency albeit a misguided tendency, to error towards the part that is fake over the part that is true.  That is when we become more like George Constanza than we would ever  like to admit.

Fake news—God Is Holding You Back From Your Full Potential!

But let’s go back before all the emails, chain letters and Ponzi schemes to the first Fake News story and introduce you to its victims and its perpetrator.  It all started in the Garden of Eden with Adam, Eve and the serpent. Here we have the first victims of Fake News, Adam and Eve who at that time in their lives were highly intelligent and emotionally stable individuals. Then you have the perpetrator, Satan who had two characteristics that made him the perfect initiator of Fake News.  First we see that the Bible defines him as being both crafty, (Gen 3:1) and as a deceiver, (Gen. 3:13).  To be crafty means you have the ability to be clever at achieving one’s aims by indirect methods.  To be a deceiver means you can cause someone to believe something that is not true in order to gain a personal advantage.  To be good at Fake News you need to be crafty in your planning out ‘when’ to attack, ‘where’ they would be most susceptible and ‘how’ you are going to accomplish your goal.  Being a deceiver gives them the ability to be skillful in twisting words in such a way that would confuse a person into believing and accepting whatever he wanted them to believe.

First the story line, “Did God really say, ‘You must not eat from any tree in the garden?” (Gen 3:1) Eve answers correctly in (Gen.3:2) but in Satan’s response to her reply he makes his Fake News claim, “God knows that when you eat of it your eyes will be opened, and you will be like God, knowing good and evil.”  (Gen 3:4)  Both Adam and Eve bit into the lie and swallowed it whole and we all have been suffering the consequences of their actions since then.

This leads us to grasp why Fake News is so bad for us, especially for the church, to swallow.  The first is that Fake News has been around since the beginning and it is Satan’s main ploy in which to spread deception about people or organizations.  We all know that Satan is the prince of the air, (Eph. 2:2 NKJV) and since almost every one of us uses WI-Fi, which means we use a wireless device to communicate to the internet via air waves.  It would seem logical that anything that passes through the domain of Satan would be susceptible to deception.  I found it interesting that the first Apple Computers sold for $666.66. (Gasp!) And that the logo they use is an apple that has been bitten into. (Gasp! Gasp!)  We have two powerful points, one is that 666 is the number for satan and the bitten apple is symbolic for the fall of man.  I’m not going any further with this because I feel like I’m writing a great beginning to a Fake News story.

So what is true?  Satan is the prince of this world and the power of the air.  He does use dissemination to spread his discord.  Apple did sell its first computers for $666.66 and the Apple logo is an apple with a bite out of it.  All the facts can be correct but is my premise correct?  That is the question. And we, the church, need to know the word of God so that we can discern what the truth is from what the lie is!  Especially in these last days, it is paramount that we learn to be in step with the Holy Spirit and not allow the spirit of the anti-Christ to have any influence over us.  It is just that important!